Xenosaga: The Animation is a twelve-episode anime series by Toei Animation, which premiered on TV Asahi in Japan on January 5, 2005.

It received both an English and Japanese dub. The English dub was done by ADV Films in Texas.

The series is an adaptation of the first Xenosaga video game Xenosaga Episode I: Der Wille zur Macht.

The anime is about 4 hours in length.

Episodes 1-4 were released on DVD as "Volume 1: Enter the Gnosis".

Episodes 5-8 were released on DVD as "Volume 2: Voices from the Past".

The series is based on Xenosaga Episode I: Der Wille zur Macht, with several changes to the storyline, including omissions:

Some points that the game explained poorly or did not explain at all are revealed in the anime. For example, in the game, Albedo Piazzolla's personality and motives are expanded upon, leading to many plot points that are explored more fully in Xenosaga Episode II: Jenseits von Gut und Böse.

Another change is the inclusion of Luis Virgil, who accompanies the main characters for nine episodes in the place of Andrew Cherenkov, who is killed by the Gnosis aboard the Woglinde. There were no changes to Virgil's personality; like in the game, he is portrayed as an edgy, sarcastic, and trigger-happy man. Virgil is killed in the Kukai Foundation Gnosis attack.

Another major difference is the role of the Kirschwassers. Before the destruction of the Woglinde, Shion Uzuki befriends one of Albedo's "personal assistant" Realians, the Kirschwassers. While in Episode I they serve in a minor role working for Albedo, the anime focuses on only one. This Kirschwasser was impersonating a 100-Series while on the Woglinde in order to escape Albedo, but was recaptured and set to work against Shion, who had befriended her earlier. The ending of the anime has the Kirschwasser in the control room of Proto Merkabah, setting it to self-destruct mode, where she dies. In the game, KOS-MOS does this and escapes unharmed.

The Song of Nephilim portion of the game is skipped, and instead, the anime skips to the Proto Merkabah.

The final confrontation with Albedo on the Proto Merkabah is changed, removing the Sophie Peithos boss entirely, in favor of Albedo and Kirsch in E.S. Simeon.

Of note are the use of the Zohar Emulators in the title card; each one contains a Hebrew numeral which denotes the episode's number.

Xenosaga: The Animation Original Soundtrack is the soundtrack of the anime. Consult Official Xenosaga Soundtracks for more information.

Xenosaga: The Animation received a 6.5/10 on MyAnimeList.[1]

The anime was criticized for poor animation in certain areas. 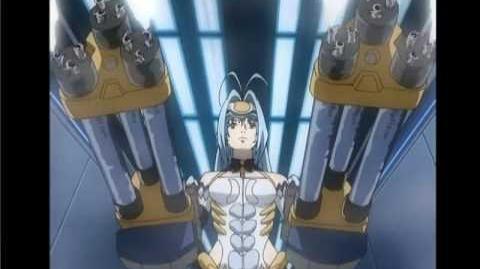 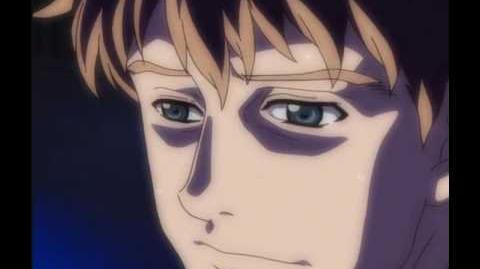 Xenosaga "Kos-Mos"
The birth of KOS-MOS on the Woglinde.
Add a photo to this gallery

Albedo and a Kirschwasser.

Credits collage.
Add a photo to this gallery

Volume 2: Voices from the Past

Complete set
Add a photo to this gallery

Joachim Mizrahi
Add a photo to this gallery
Retrieved from "https://xenosaga.fandom.com/wiki/Xenosaga:_The_Animation?oldid=51264"
Community content is available under CC-BY-SA unless otherwise noted.