Its name is inspired by Also sprach Zarathustra, German for "Thus Spoke Zarathustra", is the title to Friedrich Nietzsche's most famous novel.

Zarathustra was originally built by the ancients on Lost Jerusalem as a means to transcend to the realm of God (the Upper Domain and U-DO). Mary Magdalene was responsible for its creation.

Zarathustra was powered by the Zohar and the power of the awakened twelve Vessels of Anima (the combined power of half of the Anima, Yeshua, which was sealed by the Animus, Mary Magdalene, during the Lost Jerusalem era to delay the universe's destruction).

After Mary Magdalene's death, Wilhelm obtained Zarathustra and installed the Eternal Recurrence function in it. Wilhelm plans on using Zarathustra as the central device in which to constantly repeat an "eternal circle" of time, Eternal Recurrence. This reverses the dispersal of consciousness by literally reversing time back to the beginning and temporarily channeling the consciousnesses through imaginary time. Because of this, people relive the same lifetimes and history repeatedly. Wilhelm uses his "temporal recurrence ability" with the Vessels of Anima, Abel, the Zohar, Mary Magdalene (reborn within KOS-MOS) and the "Key" (Shion Uzuki's pendant) as the components to start Zarathustra and complete this process.

Before Lost Jerusalem disappeared, Zarathustra was moved by a faction of the Immigrant Fleet to planet Abraxas (later known as Michtam). At the time of Xenosaga, Zarathustra is found deep within the planet Michtam.

According to the Episode III database, Zarathustra itself is a series of crystalline structures; its control panel resembles the Compass of Order and Chaos on a gigantic scale.

However, after numerous recurrences (the database does not clarify how many), the human will began to reject the constant process due to the distortions made each time Zarathustra reset time.

With the intervention of Kevin Winnicot, Wilhelm's link to the Zarathustra device and Abel was severed, and they went out of control. Zarathustra, piloted by an out-of-control Abel, merged with Joshua (Wilhelm's mecha) and began tearing and attaching parts from all twelve discarded E.S.s to itself. The large, golden "compass" that held the Original Zohar, the rings of Order and Chaos attached to the frame of the "fused" Joshua as well. This monstrosity was defeated by the party in a long and difficult battle. It boasts 70,000 HP. 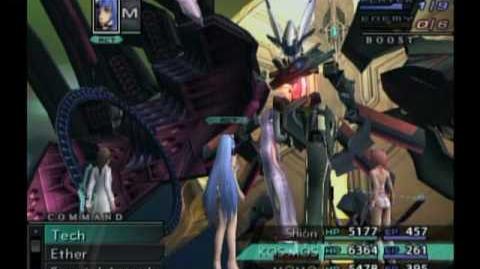 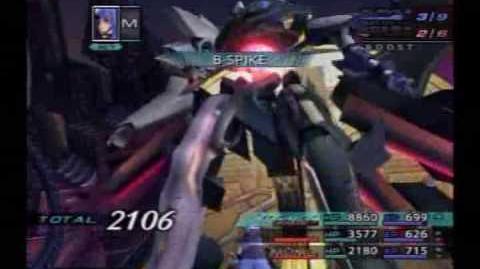 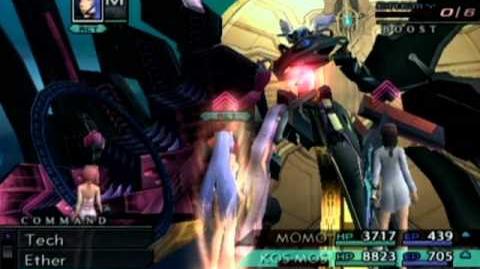 Following its defeat, Abel returned to normal and decided to give humanity a chance to live on.

Compass of Order and Chaos Edit

In Episode III, it is revealed that the Compass of Order and Chaos is a terminal interface for Zarathustra, which resembles the Compass on a colossal scale. It also collects and processes the data from Program Canaan and sends it to Zarathustra, enabling it to track the progress of those under surveillance by Canaan units. In the Official Perfect Guidebook, it is stated further that the Compass is actually part of Wilhelm, it is his manifested ability to predict all possible futures. He has used it since the beginning of time to help him guide humanity from behind the scenes.

Because it is a relic of God, it was not meant to be touched by human hands. When Voyager is tricked by Canaan into accessing the "source" of Wilhelm's power, he connects to the Compass and by extension Zarathustra and is overwhelmed and obliterated by its power, along with Canaan.

Necessary factors to activate Zarathustra for the Eternal RecurrenceEdit

A device created by people in ancient times. The giant compass-like object is something like a control terminal; the main body is actually the crystalline structures that spread out beneath the surface of Michtam; Shion's pendant, which has the same structure, is its control key.

In order to set off eternal recurrence, one must have control over the power of God (the power of chaos). The awakening of each Anima, as well as the guidance of Mary, who shares an emotional bond with chaos, has all been for this purpose.

As observation terminals for God, Abel and the Ark (i.e. U-DO), need to be sealed in lower-dimensional space. Consequently, the ability to induce them toward Zarathustra has also been added.

Logo.
Add a photo to this gallery
Retrieved from "https://xenosaga.fandom.com/wiki/Zarathustra?oldid=49918"
Community content is available under CC-BY-SA unless otherwise noted.